The Wilmington National Cemetery was established in 1867 by the US Government as a final resting place for the Union Troops who had perished during the Civil War in the battlefields surrounding the Wilmington area. 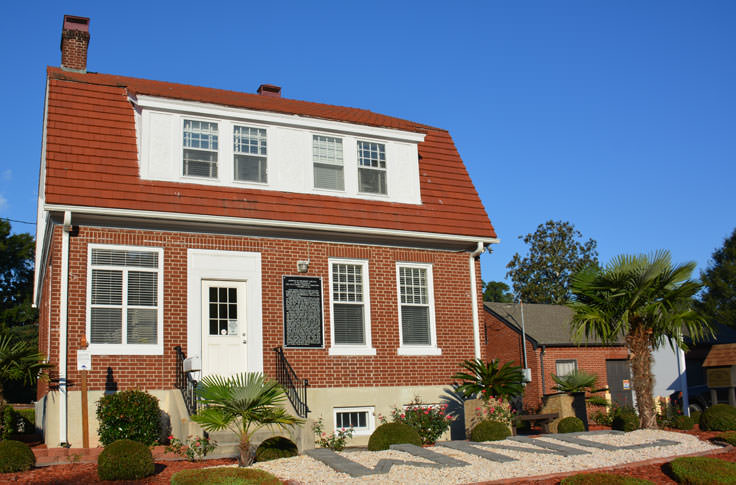 The town of Wilmington itself had played a key role in the Civil War as it was one of the last Confederate-run southern ports to fall during the war. As a result, during the war's latter years, the docks and canals of Wilmington were instrumental in sending supplies to southern troops, as well as transporting cotton and other goods to European countries in exchange for much needed income. By 1865, the supply line from Wilmington was the last route available to General Lee and his army.

Protected by Fort Fisher, the Union was desperate to put this last port completely out of business, and staged an unsuccessful attack on the fort in December 1864. Not quite a month later, a second attack was implemented, this time successful, and the structure fell under a bombardment of shells, distributed heavily by nearly 60 Union vessels that had surrounded the fort. Two days after the attack began, the Confederates surrendered Fort Fisher. 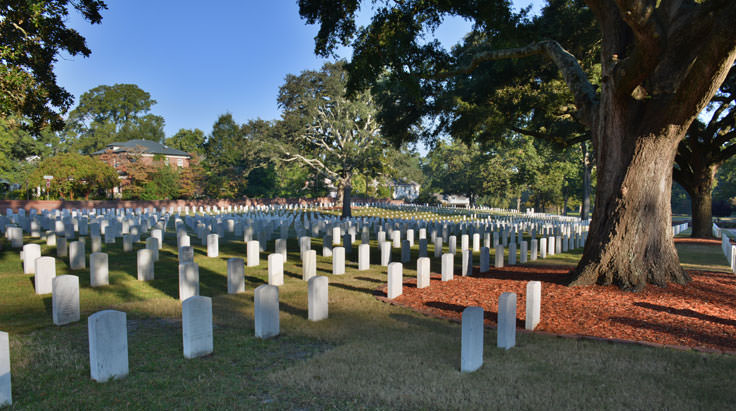 One Fort Fisher had fallen, Union forces were free to march on Wilmington along the river's eastern edge. Two African American brigades were sent to capture Wilmington, with a total of 3,149 men. The troops encountered a number of small strongholds of Confederate troops along the way who were desperate to hang onto the South's last port. Eventually, the troops were successful in securing Wilmington, but not before suffering heavy losses of their own, with an estimated 557 men killed in action. 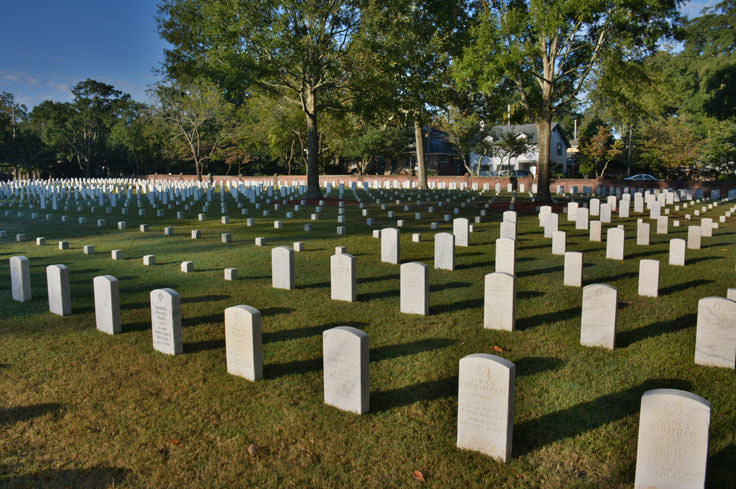 Just two years later, the US Government purchased 5 acres of land from a local Wilmington resident to construct a national cemetery. Remains were moved from Fort Fisher and the Wilmington City Cemetery, including the remains of the 557 Union troops, (including 55 known, and 502 unidentified), who died during the siege of the city. These troops are buried in the northwest section of the cemetery, and are distinguishable by small headstones marked "U.S.C.T." or "U.S. Col. Inf." 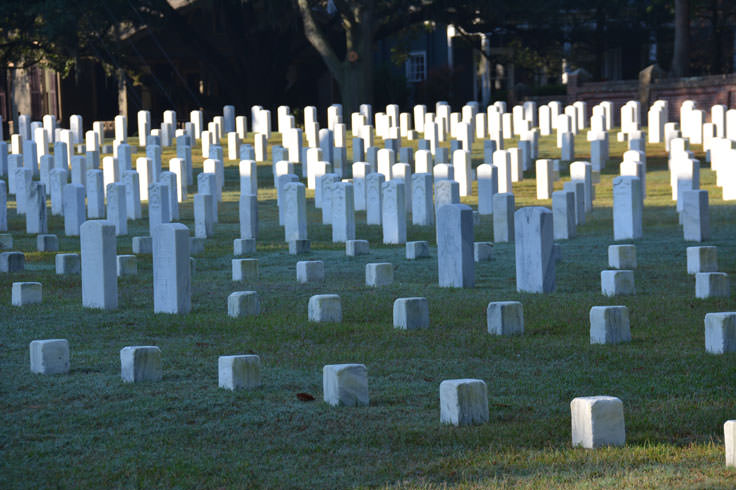 The cemetery is located on the eastern edge of downtown Wilmington on Market Street and contains roughly 6,000 burial plots, and is currently closed to new interments. (Periodically, burial space may become available to eligible veterans. Veterans are advised to contact the cemetery during time of need to determine if a plot is available.) A small drive borders the perimeter of the rectangular parcel of land, with a small grassy island in the center which proudly displays the American flag.A brick wall that was constructed in the late 1870s creates a quiet border for the western side of the cemetery, while a two-story superintendent's lodge house, a 1934 structure which replaced the original 1870 brick home, guards the main gate. 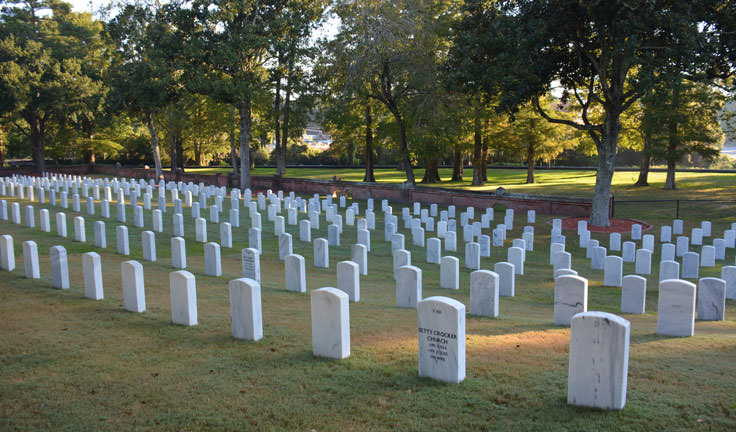 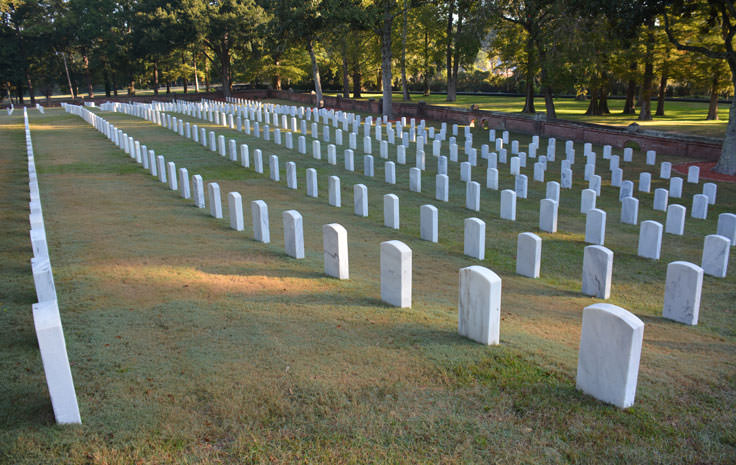 Visitors are asked to be respectful at all times when at the Wilmington National Cemetery, as the cemetery is considered hallowed grounds and a tribute to our nation's fallen soldiers. History buffs, veterans, or anyone with an interest in Wilmington's significant presence in American history are welcome to take a walk through the grounds and pay their respects. 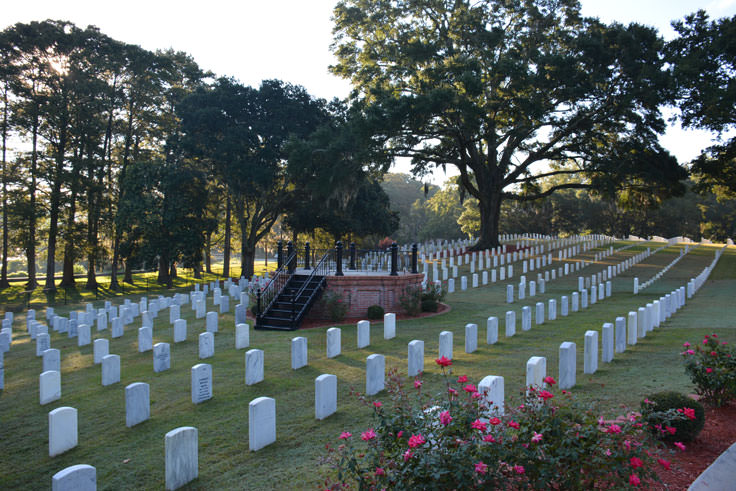 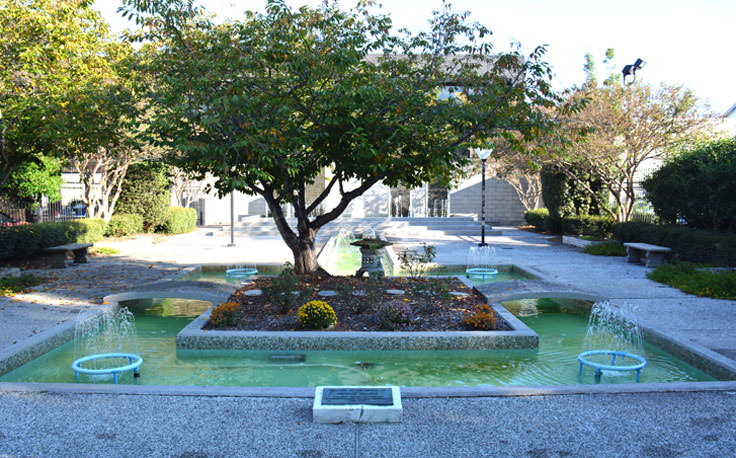